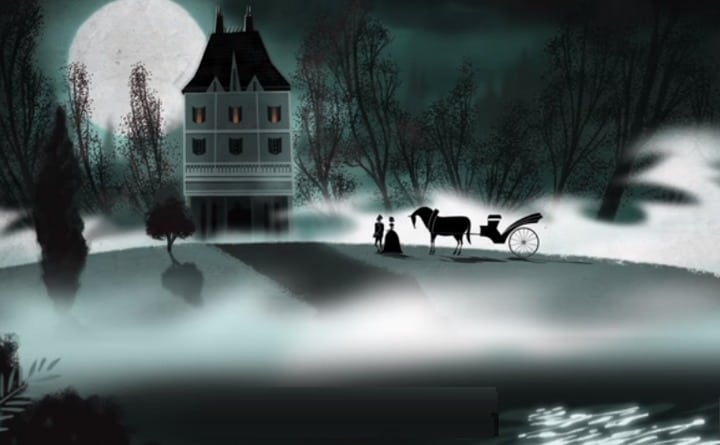 200 years ago, 18-year-old Mary Shelley did an extraordinary thing. After a dreary winter evening spent indoors telling ghost stories during the storied “year without a summer,” she took her idea and turned it into a novel. In January of 1818, Frankenstein; or, The Modern Prometheus appeared, first published anonymously in an edition of 500 copies, with a preface by her husband, poet Percy Bysshe Shelley. Granted, Mary Shelley wasn’t an ordinary 18-year-old. In addition to her romance with Shelley and friendship with Lord Byron, she was also the daughter of philosophers William Godwin and Mary Wollstonecraft. Which is to say that she was steeped in Romantic poetry and Victorian thought from a very early age, and conversant with the intellectual controversies of the day. 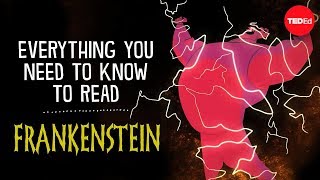 Nonetheless, the young novelist’s achievement—her synthesis of so many 19th-century anxieties into a monster story rivaled only, perhaps, by Bram Stoker’s Dracula—remains as impressive now as it was then. Shelley tells the legendary tale of the novel’s composition herself in an introduction to the heavily revised 1831 edition. In the animated video above, scholar Iseult Gillespie sketches out the book’s basics (as we know, Frankenstein is the name of the monster’s creator; the monster himself remains nameless), then briefly explains some of its “multiple meanings.”

We may be conditioned by the genius of James Whale and Mel Brooks to think of the novel’s center as the doctor’s electrified laboratory, but “the plot turns on a chilling chase” between monster and doctor, and what a chase it is. The book’s gripping action scenes get badly undersold in conceptions of Frankenstein (or the monster, rather) as a sad, stupid, lumbering beast. In fact, Frankenstein, says Gillespie, “is one of the first cautionary tales about artificial intelligence.” The novel’s Romantic interest in mythology (spelled out more directly by Percy two years later in his Prometheus Unbound) and its use of Gothic devices to evoke dread mark it as a complicated work, and its creature as a very complicated monster—a perpetually relevant symbol of the horrors unchecked scientific experimentation might unleash.

Shelley also inscribed her personal trauma in the text; though well-known as the daughter of the famed Wollstonecraft—author of the “key feminist text” A Vindication of the Rights of Women—Shelley never actually got to know her mother. Wollstonecraft died of complications in childbirth, and Shelley, haunted by guilt, and her grief over several miscarriages she suffered, the first at age 16, uses what seems like a story solely about male creative agency to introduce themes of childbirth “as both creative and destructive.”

But mostly Frankenstein comes to us as a novel about the “power of radical ideas to expose darker areas of life.” Though it may do the novel a critical injustice to call it the Black Mirror (or Prometheus) of its time, the anxious contemporary anthology show is inseparable from a lineage of creative texts in horror and science fiction that owe a tremendous debt to the brilliance of the young Mary Shelley. For more info on the origins of this famous book, read Jill Lepore’s 200th-anniversary essay at The New Yorker, and see all of the known manuscripts digitized at the Shelley-Godwin archive.